The God I Don't Believe In 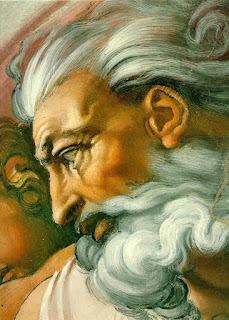 Earlier this week I mentioned that the God I don’t believe in probably does not exist. I think I need to expand on this a bit. Not just for the benefit of my regular readers, but because writing it down will give me the opportunity to reflect on it further and order my thoughts.

To start with, its quite clear that I still lack belief in God and that lack of belief is very strong. My friend Nelu Balaj has pointed out during our various conversations that he does not believe in most of the things that I don’t believe in, but he still believes in God. His feeling is that the God I don’t believe in does not exist anyway, and that there is room for me to believe in God and still give the same weight to reason and the world we live in. Nelu’s background is in Romania where most of the post communist missionary work was done by American evangelical churches, and he has had a journey to adapt from that narrow approach to a wider belief about God. This gives him an openness to discussing things like this which is very helpful.

Having had some time to reflect on our discussions I think that Nelu has a valid point and that rather than considering myself as a general unbeliever I should really define what I don’t believe in. As well as helping me it might also help other people having a similar experience of loss of faith or who have never been able to embrace the possibility of faith.

So who exactly is the God that I don’t believe in?

Its quite difficult to distill a lifetimes accumulations of belief, but here are some of the characteristics of the God I used to believe in:

He is a limited God who only enters the lives of people who choose him. I have written previously about my dislike of the alpha course whose main message seems to be that life is pointless without God. Clearly it isn’t. Most of my friends do not acknowledge God in any way yet they have lives full of meaning, interest and - dare I say it - joy. This either means that God only enters the lives of the unhappy and dissatisfied or he is already acting in everyone’s lives regardless of whether they recognise it.

He is a God who requires a decision to accept him rather than a decision to follow him. The disciples accepted an invitation from Jesus to “follow me” which implies a journey, but this God views faith as a destination rather than a journey. Once the convert has accepted God all things will come right provided they sufficiently exercise their faith. Try telling this to a poor person in a developing country where the resources available for change are very limited indeed, or to someone with mental health problems who can’t exercise faith as they are struggling to sustain their own sense of self worth. Real life teaches us that not all problems can be solved and not everything can be put right. The inevitable implication of this God of decision and faith is that if things don’t improve then he doesn’t care, has withdrawn, does not exist at all or that the believer has insufficient faith to conjure him up. Worse still, if someone has the misfortune to have insufficient mental faculties to make a decision then there is hope, but no certainty, that they are acceptable to God. This includes people with mental handicaps, young children and people with dementia. He is a God who has little time for people like these.

He is a God who has favourites. He is vindictive, preferring his favourites at the expense of others whom he actively punishes in life and whom he will hold in eternal torment after death. His favourites vary from the Jews in the Old Testament to the true believers of today. He also favours certain believers by blessing them more than others. Yet the Jesus described in the New Testament regularly showed care towards people who would have been considered outsiders. The story of The Syrophoenician woman in Mark chapter 7 is one example that springs to mind here.

He is a God who requires us to deny reason and accept things as fact which contradict our knowledge of the physical world and our experience of real life. The biggest example of this is the creationist doctrine, barely mentioned in Britain before 1990, but now a touchstone of evangelical orthodoxy. Yet, if God is our creator then he created reason too. It would be illogical for him to ask us to believe things which contradicted what we can clearly observe in his creation.

He is a God who does not like difficult questions. Rather than being open to examination we are asked to accept a fixed understanding of God through a literal interpretation of the Bible with no room for putting it in its historical or social context. If we disagree with something or don’t understand it this is due to our lack of understanding or enlightenment rather than the accepted understanding of it being wrong.

He is a God of the individual. A very 21st century God who delivers on promises made to the individual without requiring anything from us as a community. Yes, he requires our individual worship, and he recognises a body of believers, but they are simply an assembly of individuals. He does not recognise that assembly as a community with a mission to the world or responsibilities to others, other than the need to make more converts. This itself usually manifests as individuals trying to convince other individuals, not as a community accumulating new members as it grows.

He is a collector God. Having created every individual with a soul and free will he then needs to collect them all back in at the end of their physical life. Not only is this an unnatural separation of the spiritual and physical, but it also drives believers to evangelise by quantity through targeting those who are most likely to convert. Why is it that students, young people, the lonely and unhappy get targeted by churches? Does God love these people more, or is it just that they are more likely to convert and help balance the books of a collector God?

He is a God of dubious morals. If the bible is to be accepted as the unadulterated, directly delivered word from God then it logically follows that God does not live by the same rules he expects us to live by. He regularly asks people to kill on his behalf, does bad things to people because of things their parents did, sends plagues on people who have not directly done anything to provoke it and generally seems to revel in his unbridled power. If this God was a person I knew in daily life I would avoid his company at all costs. He just isn’t my kind of person.

He is a God of moving goalposts. As new believers we are given milk and as we grow we are fed new solid food doctrines. These may contradict what we were originally told, but our acceptability to God depends on us accepting them. In marketing this is known as “bait and switch”. Hook someone in with a simple message and then gradually add in the other things like creationism, dispensationalism, pentecostalism and any other number of novel ideas.

So that is a partial description of the God I do not believe in.

In regards to this God I am an atheist, not merely an agnostic.
Posted by Gordon