What's up at the Christian Party?

Its seems that not all is well at the Christian Party. The party has been fined £2,750 by the Electoral Commission for failing to provide accounts. The fine has been levied on party leader Rev George Hargreaves.

From the Electoral Commission web site:

Legal action to recover two fines totalling £2,750, imposed on Reverend George Hargreaves, Treasurer of the Christian Party “Proclaiming Christ’s Lordship” has been initiated.
The first fine was originally £500 for failure to provide accounts by the deadline of 7 July 2011. This automatically increased to £750 because it was not paid. A second fine of £2,000 is for Reverend Hargreaves’ failure to comply with a notice requiring accounts to be delivered to the Commission by 1 March 2012.

The Christian Party holds quite a fundamentalist position with policies that include:


This may be why it has never got any electoral traction. In the 2010 United Kingdom general election, the party stood 71 candidates, gaining 18,623 votes.

I notice that their web site currently carries a copy of an election leaflet for a candidate standing in an election  in July 2011, but with the date misprinted as 2001: 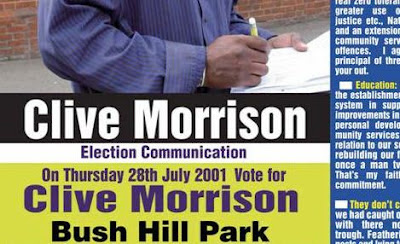