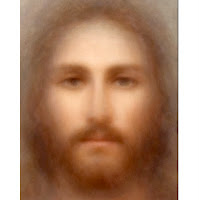 In yesterday's article I mentioned the belief common to fundamentalist Christians and conspiracy theorists alike that the world is likely to end very soon. For conspiracy people the ending of the Mayan calendar in 2012 is the key date, whilst many Christians see activities in the middle east as pointing to a return of Christ in  the next few years.

In a strange synchronicity I had a comment on one of my youtube videos this morning from someone claiming to be Christ. It was from a Youtube user called godtomanonly who, as well as having an interest in all things eschatalogical, seems to have a deep interest in the works of Englebert Humperdink (the English singer, not the German composer)

Second coming of my son 21st century style to lift all up & out of it. Heaven moves with the times. All in darkness worldwide religious political dilemma proof earth Godless is evil. Even the birds know of my existence when they fly on my breeze. Words are very important when they hit my air. All say what you say when you say it & do what you do when you do it, makes no odds up here. You can not let heaven down only yourselves. @Number10gov OFFICIAL JC2011RTN UK EARTH”

@Number10gov is, of course, the official Twitter address used by the Prime Minister's office. After a bit of digging around I found that this all traces back to a twitter account @3in1of2 which is full of apocalyptic pronouncements in the first person.

What we can draw from this is that the prospect of reaching the year 2012 is bringing out the eccentrics in the same way as the year 2000 did. However, its not the first time someone has claimed to be the return of Christ.

In another synchronicity I happened to be reading "The Reappearance of Christ in the Etheric" by Rudolf  Steiner last night. I won't go into the gory details (If you would like to know about Steiner's theology I wrote an article here) except to say that Steiner was adamant there would be no physical second coming of Christ. This caused him to berate the Theosophists for putting forward the Indian boy Krishnamurti as a supposed second coming. In the book Steiner mentions another pretender to the throne of heaven a man by the name of Sabattai Tzevi who declared himself as the Jewish Messiah in 1648, bringing worshippers from all over Europe to visit him in at his home in Smyrna, in modern Turkey. There are still some muslim followers of Zevi in modern Turkey called the Donmeh (which means convert) because Zevi himself eventually converted to Islam.

This brings us to the fascinating list of people who have either claimed to be Jesus returned or a completely new messiah. This includes the leader of the Branch Davidian’s - Davod Koresh and Luis de Jesus Miranda. You can find a list of people claiming to be the second coming of Jesus Christ here:
http://en.wikipedia.org/wiki/List_of_people_who_have_claimed_to_be_Jesus

And a  list of claimants to being a different messiah here:
http://en.wikipedia.org/wiki/List_of_messiah_claimants

The list is surprisingly long and shows that this is not a recent phenomenon, but what can we conclude from it? It would be easy to attempt to put it down to mental illness, but to sustain a following as these historical figures have would require a higher level of functionality than that normally associated with the mentally ill. It could be the personality disorder known as messiah complex most eloquently described in Behold the Man by Michael Moorcock where a man is so caught up in his messianic fantasy he travels back in time and replaces Jesus on the cross.

Or perhaps people just feel that the world should have an end?

"time, that takes survey of all the world, Must have a stop", William Shakespeare, (V.iv) Henry V

One thing is certain. As 2012 approaches the number of apocalyptic prophets is only going to increase as people try to find significance in these sometimes difficult and confusing times.
Posted by Gordon