Is speaking in tongues real? 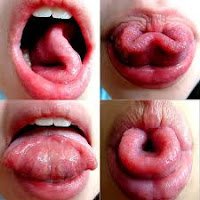 Every Christian who does it knows in their heart that speaking in tongues is a learned behaviour. In the desperation to fit in people are encouraged to produce sounds which the brain can take hold of in an unconscious way and create strings of syllables from. That does not make it a real language and it it does not make it supernatural. I have personally seen people during "ministry" at a Businessmen's Fellowship meeting encouraged to make noises in the belief that this will get the process going. Andrew Wommack offers a CD or tape which includes instructions for speaking in tongues:


On this tape, Andrew not only establishes the validity of speaking in tongues, but he shares from scripture some of the little-known benefits that accompany this gift. He also gives instruction on how to speak in tongues, which has made the difference for many people to be able to operate in this gift.

Analysis by linguists have shown that the majority of word forms uttered are open (that is that they end with a vowel). Most words of most known languages end with a consonant so a string of apparent words all ending in vowels are unlikely to be any real language. Further information in this wikipedia article: http://en.wikipedia.org/wiki/Glossolalia

Brain scan analysis has also shown that certain parts of the brain are in use when people are speaking in tongues that indicate it is controlled by the subconscious.

There is also a tendency for obvious improvisation to be heard where a riff is played out on one string of syllables with variations each time it is repeated. This makes no sense linguistically. You can see what I mean if I take the previous sentence and do variations on it. It is unlikely in the extreme that variations of the components of a sentence can make sense alongside the original sentence - in English or in any language.

This is why speaking in tongues is sometimes parodied as:

Although in a strange twist of fate some Christians are reported to have used those very phrases to   train people to "receive" tongues.


Is speaking in tongues biblical?
That’s a hard question, but the evidence from the book of Acts suggests that the tongues described there were known languages intelligible to the hearers:


5 Now there were staying in Jerusalem God-fearing Jews from every nation under heaven. 6 When they heard this sound, a crowd came together in bewilderment, because each one heard their own language being spoken. 7 Utterly amazed, they asked: “Aren’t all these who are speaking Galileans? 8 Then how is it that each of us hears them in our native language? 9 Parthians, Medes and Elamites; residents of Mesopotamia, Judea and Cappadocia, Pontus and Asia,[b] 10 Phrygia and Pamphylia, Egypt and the parts of Libya near Cyrene; visitors from Rome 11 (both Jews and converts to Judaism); Cretans and Arabs—we hear them declaring the wonders of God in our own tongues!” (Acts 2:5-11)

Although there is here say evidence of this happening today there are no known recordings of a known language being spoken in tongues.

What about interpretation?
When I was an undergraduate a professor in another Scottish university attended a conference where people were speaking in tongues. He decided to recite the Lords’ prayer in Greek so as not to feel out of place. Immediately someone did an apparently supernatural interpretation of it which bore no relation to the content of the Lord’s prayer.

Are tongues a special "love language"?
This seems to be a modern way of diverting attention from the problem that it is demonstrably not a real language. Its not an idea that can be found in the bible and it seems quite a recent suggestion.

Are tongues specifically Christian?
The answer to that has to be no as the same phenomenon exists in kundalini yoga and certain other religions. In addition to this former Christians from Pentecostal backgrounds can still do it even though they no longer believe. This further backs up the suggestion that it is  a learned behaviour.

What about false tongues?
One of the get out clauses used by charismatics is to say that any tongue which is falsely interpreted or uttered by a non christian is false. This means that there is no way of evaluating a tongue as genuine without additional information such as the status of the person saying it, which is actually the key to understanding the purpose of speaking in tongues.

The true purpose of tongues?
Speaking in tongues acts as a credential within certain types of Christianity to establish credibility without requiring the time necessary to build relationships and be trusted by the group. It is evidence that the person is of the “same substance” of the group they are with and allows them to be accepted almost instantly.

Why is this important?
According to research published by the Evangelical Alliance 90% of British evangelicals now believe in the continuing, miraculous gifts of the holy spirit. This means that charismatic thinking is now mainstream and speaking in tongues is central to this.

Alternative views
Here is a link to a talk by Peter Anderson of Destiny Church in Edinburgh which covers the supernatural aspects of Christianity in general from a charismatic position:
Naturally Supernatural

To be fair, though, although I am sceptical about miracles I don't dismiss them out of hand as utterly impossible. Speaking in tongues is a slightly different issue, separate because Jesus is not recorded as having done it yet he worked miracles.
Posted by Gordon